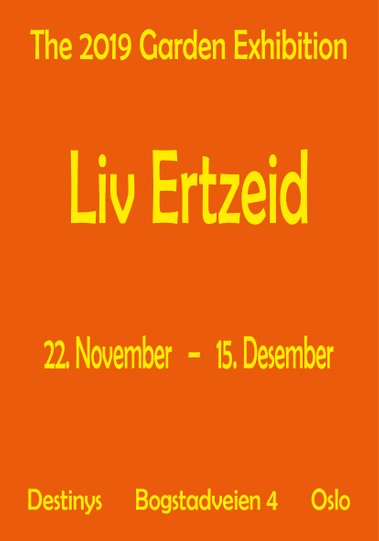 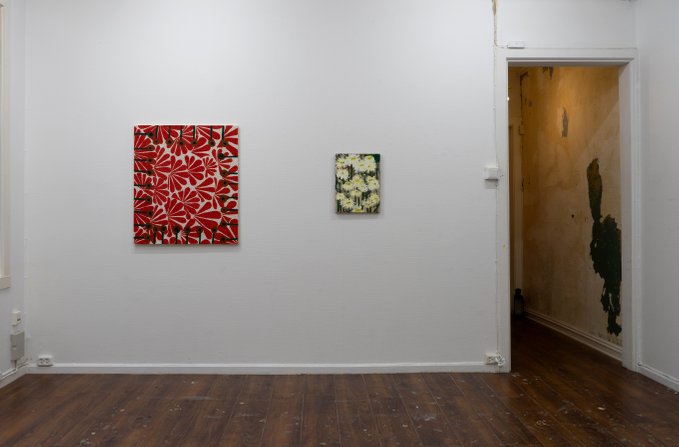 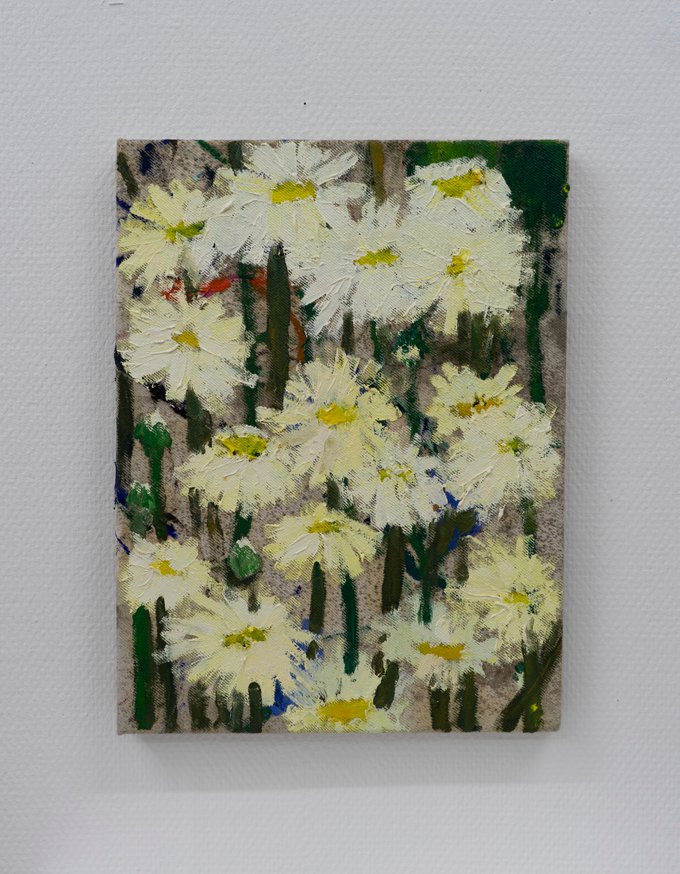 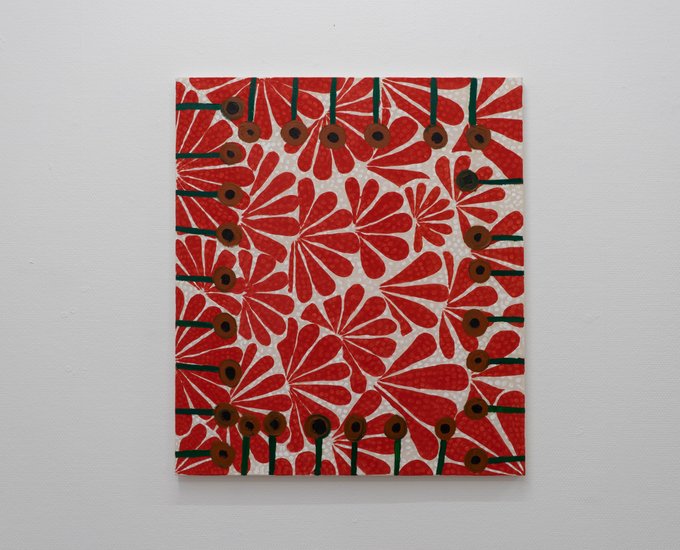 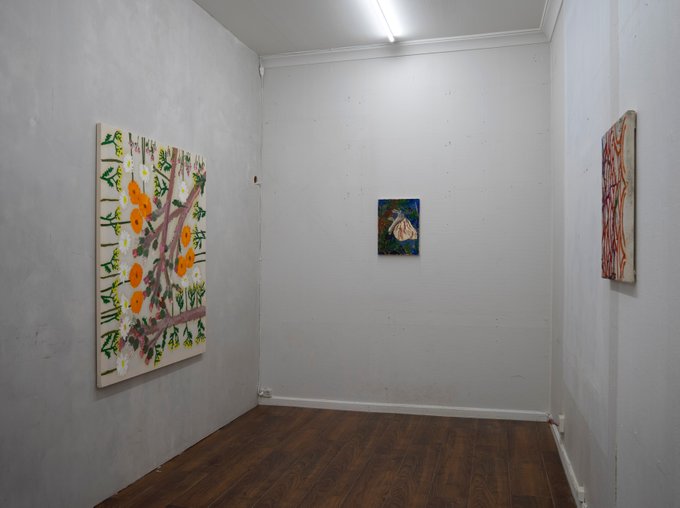 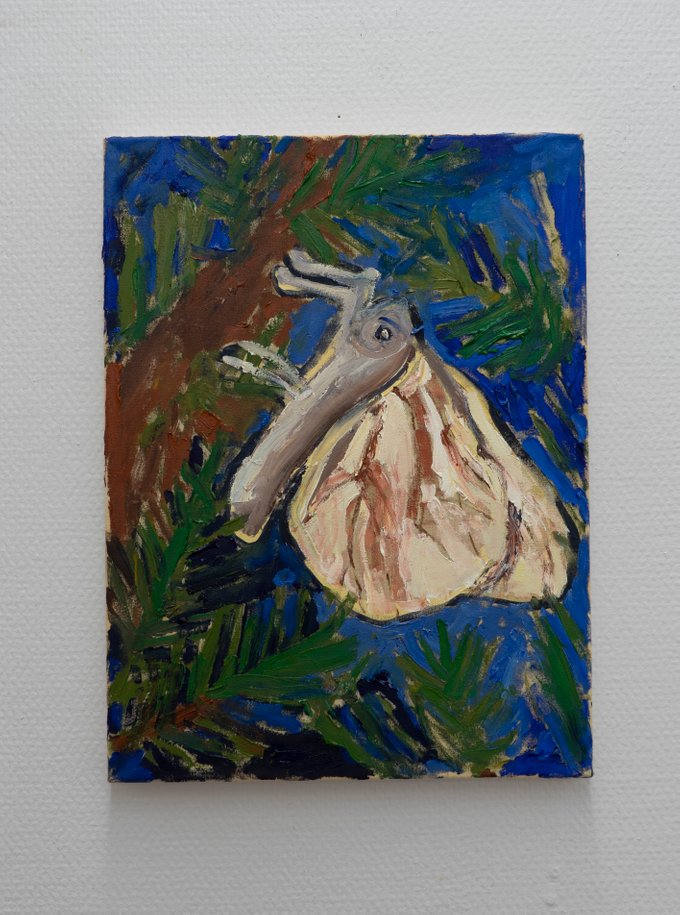 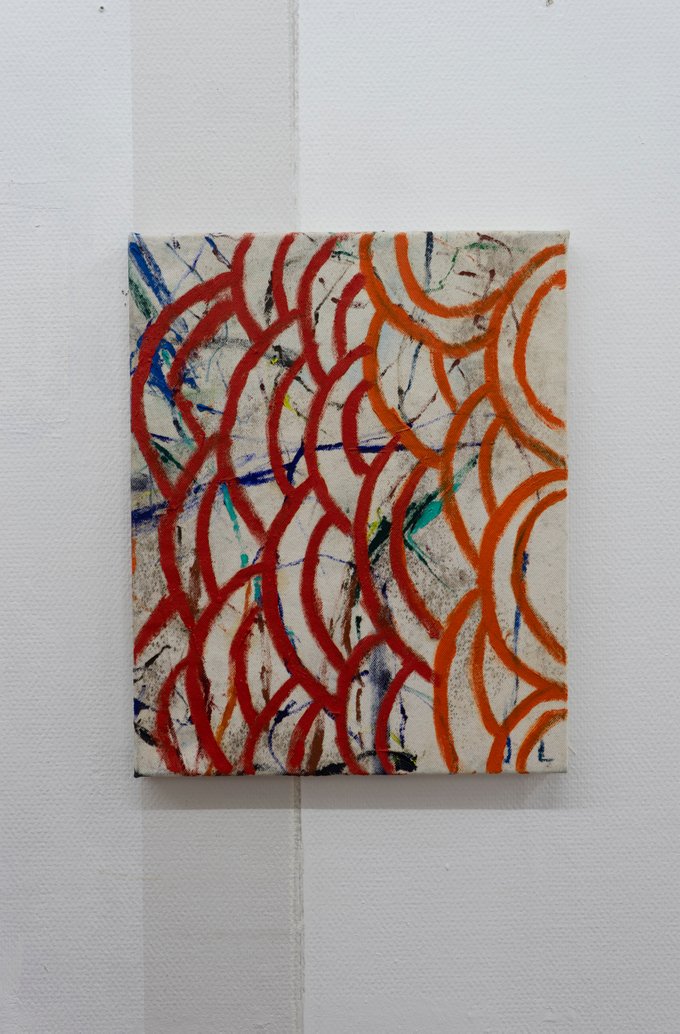 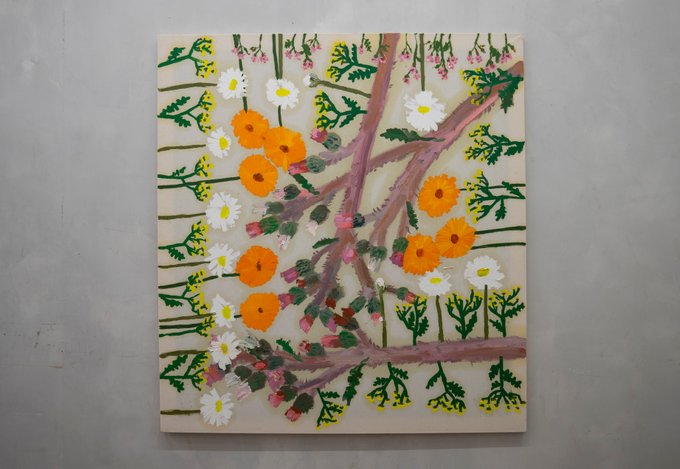 We must cultivate our gardens, says Voltaire's protagonist in Candide ou l'Optimisme. In stark contrast to Candide's genteel upbringing and sheltered existence, he has discovered that the world is difficult, dramatic, and indeed dangerous. His optimism, typical of the privileged, is challenged when he's confronted with the actual world. Candide, a man of «the most unaffected simplicity», chooses to pull away from discourse and into a less challenging sphere, one simple self-development, minding his own business, becoming self-sufficient, and focusing on the epitome of domestic happiness: The garden.

Although Liv Karin Ertzeids 2019 Garden Exhibition at Destiny's is not a satire, it is a display of an impish artist's take on a cultivation and of confines. At first glance, the paintings are discrete, distinct from one another, grappling with art historical referencing and the pleasures of composition. While that's all valid, a second, overarching project becomes discernable the longer one looks.

In a somehwat odd painting of a moth, I'm reminded not so much of nature, as the millions and millions of macro-lens photographs that are taken by eager hobbyists, forever focused on the littlest of details; the pistons of a poppy on vacation, a budding Falstaff rose about to burst into bloom, or a satiated bumblebee, covered in pollen. The painting to its right looks like carps writhing in a pond from a distance, a decorative, dizzying design running over the raw canvas in cursory brushstrokes. Liv Karins references are not only to contemporary or historical painting, but appropriates tricks from an array of sources. The artist embraces forms traditionally coded as domestic, feminine or ornamental, and therefore inferior to other art. Liv Karin's paintings are demonstrably not, sedentary, settled, subdued or submissive. They're quite unapologetically loud, each of them. Presented together, formally disparate and stylistically disloyal, they appear almost defiant, with palpable humour. There are a few adventures to be had, a few discourses to take part in, even in the confines of fenced off gardens, I'm sure.